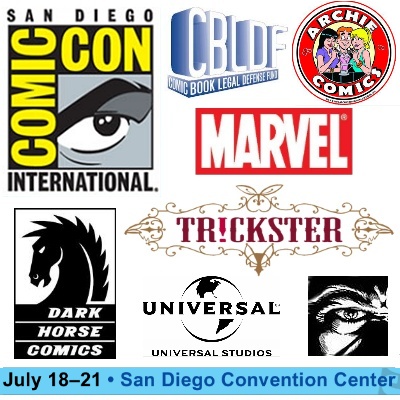 following is my entire schedule for this year SDCC (or CCI). As you can see it;s a short one, that's because I had to make a shorter trip due to the many projects I am working on. Still it's plenty of opportunity if you want to stop by and say hi and/or bring your book for me to sign: it doesn't matter if I am at the Archie booth or the Dark Horse booth: if you want me to sign that Black Mirror HC or the Captain America and Black Widow collection, I will be happy to oblige :)

Also I don't have a schedule set and defined yet, but I might do a quick signing with MONDO and/or with TRICKSTER! on Friday. Make sure to follow me on Twitter at @f_francavilla for last minute updates on where and when if these signings will actually happen.

Hope to see you guys there in SD: looks like it's gonna be GOOD time :)

The latter half of 2012 saw the return of two of Dark Horse's classic characters, Ghost and X, the appearance of new faces like Michael Avon Oeming's The Victories and Francesco Francavilla's The Black Beetle, and the reimagination a hero from yesteryear, Captain Midnight! Join Dark Horse publisher Mike Richardson, PR director Jeremy Atkins, and a cast of the industry's top talent, including Joe Casey (Catalyst, Sex), Francesco Francavilla (The Black Beetle), Duane Swierczynski (X, Two Past Midnight), Joshua Williamson (Captain Midnight, Masks and Mobsters), Tim Seeley and Mike Norton (Revival, The Occultist), along with comics newcomer Donny Cates (Buzzkill), for a look at an exciting new cast of characters! 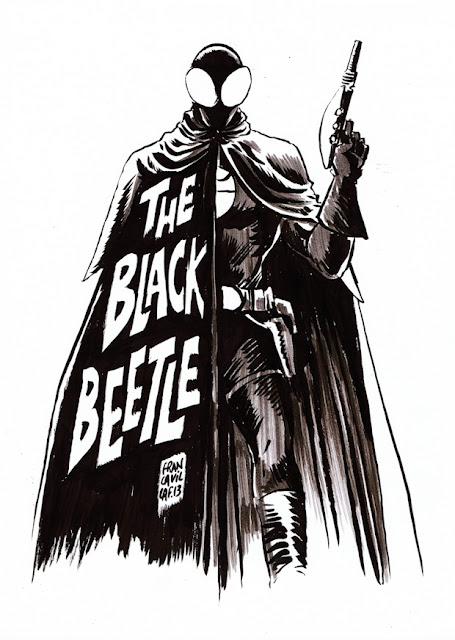 The CBLDF is dedicated to protecting the First Amendment Rights of the comics community, offering legal counsel, informational resources, and more to comic book fans, creators, publishers, and librarians. Since 1986, they’ve worked tirelessly to support free speech, funded in part by their annual auction at San Diego Comic-Con.

For the past four years, TFAW has solicited donations from dozens of generous, talented artists on behalf of the CBLDF and is proud to have helped raise more than $100,000 for this important cause. In addition, we’ll be creating free, limited-edition sketch cards of many of this year’s pieces and giving them out at SDCC.

This is Francavilla’s second donation to the CBLDF–see his Captain America sketch from last year, below! Going to SDCC? You can bid on the original sketch at the CBLDF Auction July 20 (stay tuned for details). Plus, remember to pick up a free autograph card at the CBLDF booth at #1920. While you’re at it, make sure to stop at the TFAW booth at #5625 to browse graphic novels and more at special low prices.
Posted by Francesco Francavilla at 12:13 PM

I have a T-shirt with a picture. cool) )

The Origina Replica Breitling claimed the bubble as a potential source of weakness that they were finally able to overcome with technology. Well, heading back to the late 1960’s and the high-end?,Rolex Submarine the brand took a page from the contemporary Detroit era of cars – as in, there’s no cure for cubic inches. In 1:1 Replica Rolex Watches case, though,He sent lots of pictures along the way to show the innards of the?Omega Watches , including the Hermes handbags correctly signed inside case back. 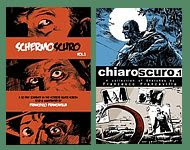